There has been complaints from some white people about the closing section of Rev. Joseph Lowery's Benediction at the Inauguration.
Lowery opened his prayer with words from the hymn known as the Black National Anthem -- Lift Every Voice and Sing.
He closed it with another cultural reference, this one to a poem used by Southern slaveholders.
My friend Louie Crew, retired English professor and a son of the South, wrote this in response to complaints from white people on the House of Bishops/House of Deputies list. He gave me permission to share it:
Lowery counterstated a vicious and threatening poem that overseers and owners said during slavery.
Black, go back. Brown, stick around.
These lines were known by almost every one of my African American students when I taught for nine years of the 1970s in black higher education in Georgia and in South Carolina.
The slave overseer invited "brown" to "stick around" because of visual evidence that another overseer had his way sexually earlier with brown's mother or grandmother.
The poem is a lurid sexual overture by a white predator. Lowery's prayer recalled this legacy of slavery and lanced some of the poison -- straight from Lowery's lips to God's ear, and to the ears of anyone who has ear to hear!
White people will almost never "get it" if we play back every such statement to see how it would feel if reversed. We whites have not been slaves and have never been victimized in this way.
He then added this in a subsequent note:
By "we whites" I was not referring to all white people anywhere and everywhere, but to whites on the HoBD discussion list, and less so, to all whites in the audience gathered on the Mall before Lowery. I seriously doubt that any of them have recent ancestors who have been slaves, and certainly not slaves of black people.
Someone on this list suggested that Lowery was unfairly asking white people to seek what is right and that whites would be accused of racism were to say the same to blacks.
Of course I know, and hope others know, that ethnic slavery has been around for a long time, and that no race is completely free of the such history.
. . . Suggesting that "everyone does it" gives comfort to those who say "don't get so worked up over it."
I hope not one of us on this list is so morally insecure as to be unable to join Lowery in his hearty three-fold "Amen."
--------------------------------
Another friend of mine, historian Joan Gundersen of Pittsburgh, also wrote about the poem and a song based on it:
When I heard the statement at the end of the prayer, I knew I had heard it many times before. Lowery was drawing on the lyrics of a blues song by Big Bill Broonzy (1898-1958), an iconic figure in the black community, and the one of the most important blues singers in Chicago in the 1930s and 1940s. The song was a major hit and was called "Black, Brown and White." The lyrics are below. 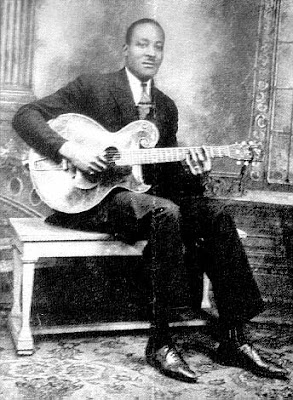 This little song that I'm singin' about

People you know it's true

If you're black and gotta work for a living

This is what they will say to you

They says if you was white, should be all right


I was in a place one night

They was all having fun

They was all byin' beer and wine

But they would not sell me none


Me and a man was workin' side by side

This is what it meant

They was paying him a dollar an hour

And they was paying me fifty cent

They said if you was white, 't should be all right

I went to an employment office

Got a number 'n' I got in line

But they never did call mine


I hope when sweet victory

With my plough and hoe

Now I want you to tell me brother

What you gonna do about the old Jim Crow?

Now if you was white, should be all right

"That night Big Bill Broonzy gave us a demo of his powerful guitar playing. Big Bill, black and handsome, could stir a roomful of uptight humans into a bowl of instant throbbing rhythmic jelly."

I find it interesting that I have not heard outrage expressed by anyone except white people. The "yellow" and "red" folks to which he referred have not appeared to be upset. Perhaps that is because Native Americans remember that many of their ancestors were enslaved -- and often branded like cattle -- by white people and Asia Americans remember the horrors their ancestors faced in building America's railroads and working in its mines under slave-like conditions.

Joseph Lowery learned during the Civil Rights Movement that those people who are brave enough to remind us of ugly realities and of work still undone are rarely popular, especially if the person doing the reminding is a member of the group who has suffered from those ugly realities. More than one of Lowery's companions was murdered for speaking uncomfortable truths, the most high-profile of them being Martin Luther King Jr. 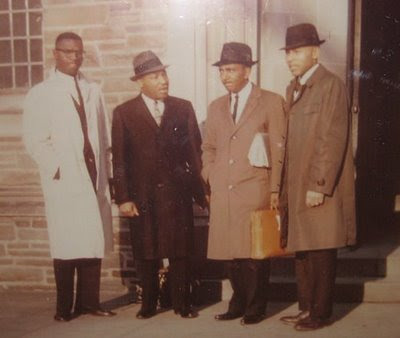 And while murder may have become more rare, tellers of uncomfortable truths still are subject to public outrage and shaming, of accusations of unfairness, rudeness and other bad behaviors. This is particularly true if they are bold enough to do this reminding while we are in the midst of congratulating ourselves on what huge progress we've made -- as we were on Tuesday.


And make no mistake, we have made huge progress. Tuesday was a day for all America to be proud.


But glorious as it was, yesterday did not erase all the pain that came before and the pain is still being experienced by those Americans who are still seen as "the other." If we forget that, all the progress will become empty accomplishments, and all the applause like a clanging gong.
Posted by Katie Sherrod at 5:31 PM

Unfortunately, I see four long years of bitter and resentful conservatives (which does not describe all conservatives, by the way) riveted on every phrase that comes from anyone remotely connected to the President, parsing it for possible "racist" subtexts. Which in its own way is confirmation that the Rev. Mr. Lowery spoke the truth in his benediction.

"Uncomfortable Truths" really sounds like the name of a Susan Howatch novel.

The Rev'd Mr. Lowery seems to be mindful of the adage that the church should comfort the afflicted and afflict the comfortable. If parts of his prayer hit too close to home for some of us, that's not a bad thing.