Saturday, April 23, was Gayland's birthday. He would have been 85.

He's been gone nearly five years. How can that be? How have I managed to navigate these long months alone?

I still miss him every minute of every day.

I still have conversations with him. many beginning, "What were you thinking. . .?" because, well, Gayland.

Many of those conversations happened when I managed to clean out a storage unit filled with boxes from his move back to Fort Worth from Mexico. I longed for his presence so he could tell me the story of some of what I found.

LOTS of books, framed art work, office files, kitchen supplies, letters and cards, ash trays -- anyone have ash trays any more? He had stopped smoking by the time we met for the second time -- the first was when I interviewed him when he was the "controversial" Canterbury chaplain at TCU.

Reading the letters and cards were like peeking over his shoulder into his ministry.  Here's a tiny sampling:

"Thank you, Fr. Pool, for you kindness to our family when Nana died."

"Fr. Pool, I would never have survived the loss of my son without your help and counsel."

"I'm writing to tell you I got into college. Thank you for helping me make it through high school. I think I'd be dead by now if you hadn't been around to listen and offer advice."

"Fr. Pool,  I am getting MARRIED!!!!!!! And I want you to do the wedding. You baptized me, got me confirmed, and I can't imagine being married by anyone else."

"Fr. Pool, I wanted to let you know we got moved into the new house and are settled. Thank you again for your help with that terrible landlord. What a nightmare!"

"Dear Fr. Pool, Please let us know if you are moving back to Fort Worth any time soon.  You are missed."

Dear Gayland, Thanks for your hospitality in Mexico. It was a great visit and I believe I made real progress with my Spanish. Your encouragement gave me the confidence to make the trip -- my first out of the United States."

Dear Rev. Pool, You don't know me, but you know my son, ______. You helped him more than once when he got into trouble. Well, he got his act together. He's now attending medical school -- can you believe it? As one very relieved mother, I wanted to let you know and to thank you. You helped make this possible."

Every one of this could be the jumping off point for a novel. All reveal his very real love of people and his willingness to walk with them through good times and bad. 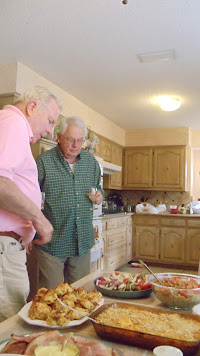 I longed for his comfort and counsel when my brother Dan died. Gayland understood grief and loss better than most, having lost his brother and young nephew in a car accident, and then months later, his mother to cancer, all while he was at Canterbury.

So I hope you had a big party up there, with all the people you loved who preceded you there.

Posted by Katie Sherrod at 4:54 PM No comments:

“All I ask of you is forever to remember me as loving you.”

A eulogy for my brother Dan
Dan Sherrod is the oldest of four children, a fact the rest of us children never let him forget.
Dan was the “good” child among us. Peter and I did our best to live up to the reputation of middle children, and Mike was, of course, the baby - with all that entails for good or ill.
As the only girl, I was an anomaly in the house, and did my tom boy best to grab as much of the male privilege of the household as I could. But my mom was determined to turn me into a girl. I’m thinking particularly of the Christmas Dan and Pete got Roy Rogers holster sets and I got a Madam Alexander doll. Now, I ask you. . .
But as I got older, I realized that it wasn’t easy being a son of Alan Sherrod, physician, racing car driver, story-teller -- a man who was quite happily idolized by an entire community, indeed, a man who was a legend in his own mind. 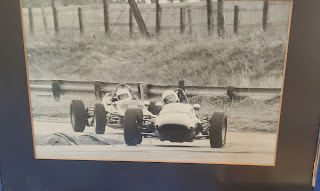 Still, Dan managed to take the best parts of Alan’s legacy and make them even better -- he centered his life on love of his cherished wife and his family. He loved laughter. He loved his Church. He loved racing -- but more, he loved the racing community -- and it loved him back.
I asked Peter and Mike to share their favorite stories of Dan. Here are two from Peter:

One evening several of us were gathered in Dan's dorm room at St. Edward's [High School in Austin]. We were lustily singing a bawdy song when suddenly, Brother Aloysius burst through the door in a state of high dudgeon. Good Catholic boys apparently don't sing bawdy songs at Catholic boarding school. He ordered all of us down to the headmaster's office for summary judgment. As we all left, heads hanging, he slammed the door behind us and marched us ahead. But he had failed to notice young Dan who happened to be standing behind the door when the good brother entered. Dan escaped without consequence.

So. Dan was lucky.

Here's Pete's second story:  Dan and I were hanging out with our Illinois cousins during a break from St. Louis U. We were discussing the movie The Exorcist and marveling at the ability of the possessed girl to expectorate large volumes of green ejecta that seemed to fly around the room until landing on one or another of the exorcists in attendance. What nicknames, we wondered, would we apply to a person of such oral abundance and accuracy? Of the several candidates brought up by the cousins, Dan's suggestions put us all on the floor: Y. A. Spittle, or maybe Rasputum. You had to be there. 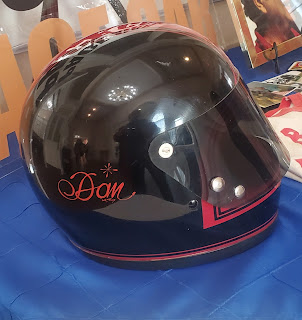 Mike’s story comes from the sports car part of Dan’s world:
When I was about 13 there was a big rally planned for the Sports Car Club of America from Odessa, Texas to Ruidoso, New Mexico – a long and complicated rally that required a driver and a navigator. Rallies are timed events where you have a list of instructions you have to follow and with each instruction you are to drive at a certain speed for a specified period of time. The team that finishes with the time closest to the official timekeeper wins the rally.
I was on the periphery of the drivers and navigators watching who was teaming up with whom. I was 13, overweight, wore big black frame glasses, had a space between my two front teeth and a fantastically unmanageable cowlick on the back of my head. Yes, all of that. My self-esteem was not at its apogee.
It was then my big brother Dan, 9 years older than me, picked me to be his navigator. I was terrified, overjoyed, immediately had to pee, couldn’t wait to get in the car, and didn’t want to do it. What if I failed? How could my big brother put any confidence in ME?
My anxiety level was at about 50 on a scale of 10. Dan leaned over and he said, “You know how to do this. You’ve seen me, mom, Pete or Katie, do this a thousand times for Dad. Don’t worry about it, have fun and do the best you can. We’re going to go fast, see some beautiful countryside, and have a party with our friends at the end.” Then he started the car and we got in line to be flagged on our way by the official timer.
We did stop for lunch – that was one of the instructions – but it was timed as well. Dan ordered a hamburger and I ordered 3 BLT’s with chips – the meal I had always wanted to order but knew I would never get. He didn’t say no, he only raised that one eyebrow and said, “Hungry, are we?”
It was a long day. When we drove up to the final check-in with the official timer, I was exhausted. The party was already started, as everyone waited for the last of the cars to arrive.
Finally all the cars were checked-in and the results tabulated. My dread returned. What if we were last place, so last place they wouldn’t even mention our names? They started with honorable mentions – and didn’t mention our names. Then they did the joke awards – and didn’t mention our names. Then they said we’re going to announce the winners. Well, that was it, we certainly weren’t winners, but we hadn’t even made the joke awards. I was devastated and shamed and ready to run away.
Then I heard, “And in 3rd Place, Dan Sherrod, Driver and Mike Sherrod, Navigator.”
Everyone cheered. I think. I don’t really remember anything except Dan grabbing my hand and pushing it up into the air with his own in astounded joy. He let me go up to the Rally Officials Awards Table and get the trophy.
That rally came up in our last conversation and I told him how scared I had been, but I also told him how much that long ago rally and his gesture of brotherly generosity meant to me.

My Dan story is one I don’t actually remember. I was told about it by our mother. When I was about two, Dan and Pete put me in a box in the middle of the street in front of our house. They wanted to see if cars would stop. Lucky for me, they did. 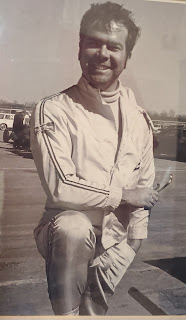 I do remember that Dan was the handsome big brother that all my friends had crushes on. He was made even more attractive by being away at school so much of the time. The infrequent sightings coupled with his cool car made him almost irresistible to teenaged girls. They thought he was mysterious. I, on the other hand, found all this adulation of my annoying brother nauseating.
And annoying he could be. I remember spending hours getting ready for a date, only to walk out to the family room in all my 17-year-old splendor to have Dan say, “Aren’t you going to get ready?”
But then he would relent and tell me I looked nice.
So let’s sum up. Luck, humor, generosity, curiosity, and kindness -- that was Dan.
As I was wondering how to wrap all this up, I picked up Gayland’s well-used Book of Common Prayer. Those of you who knew Gayland will not be surprised to hear that it is jammed with notes scribbled on little pieces of paper -- notes on people in the hospital, or people needing prayers, or a special wedding blessing.
This time, a piece of paper slipped out as I picked it up. And there, in Gayland’s handwriting, is the line from a hymn that pretty much sums all this up. Because this is Dan too:

“All I ask of you is forever to remember me as loving you.”