Herman Cain -- questions not being asked 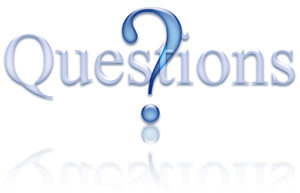 Here is this week's question for the Texas Faith blog in the Dallas Morning News. I am a member of the Texas Faith panel. Below the question is my response.
You can read responses from the rest of the panel here.

Question: As you know, Herman Cain faces allegations that he sexually harassed female employees during his time at the National Restaurant Association. The Republican fervently denies the charges, although there are reports that settlements have been made in these cases. Cain’s story about those settlements continues to evolve.

As this story unfolds, I would like to hear you talk about the obligation of the women in this episode. It is natural that they would want to avoid a media firestorm. But don’t they have a moral obligation to step forward and tell their side of the story, like former NRA employee Sharon Bialek did on Monday?

If nothing happened, shouldn’t they be explicit about that? But if something did happen, shouldn’t they provide details? After all, Americans are trying to evaluate the campaign of a rising presidential front-runner who says he did no wrong.

My reply:
After hearing the explicit details of Sharon Bialek's accusation, seems to me the bigger question here is: "Do men have a moral obligation to treat women like valued human beings made in the image of God instead of as sex objects who exist solely for their sexual gratification?" This seems especially pertinent when the man involved claims Christian values.

That question never seems to come up in discussions like this. Instead, the questions focus on the women. And they can't win, because the usual media take on women who call out powerful men on their behavior is a simple one -- women lie.

Nearly all the media minimize what women say happen in events like this. Bill Clinton's campaign called such accusations "bimbo eruptions," a phrase picked up quickly in the media. In more than one report in the wake of Bialek's explicit description, Cain is being referred to as a "skirt-chaser." What Bialek described is the action of a sexual predator, not a "skirt-chaser."

The collective belief seems to be that any woman who is sexually harassed must have done SOMETHING to make the poor innocent guy think she wanted it. Apparently many Americans agree, given Herman Cain's jump in money raised since the allegations surfaced and the dismissive if not outright hostile tone toward the women in letters to the editor in various newspapers, including the Dallas Morning News.

Our culture, like many in the world, holds women responsible for the sexual behavior of men. The catch is that men get to determine what constitutes seductive behavior on the part of women. For some men all it seems to take is breathing while female.

It is interesting how this cultural bias has persisted, because at its heart it is deeply insulting to men. It portrays men as creatures completely helpless to resist anything they deem tempting. Not exactly a quality to be desired in a leader, is it? But that's not how it's seen, because it's part of the Old Boys Club Code -- guys get a pass for making a pass. Hey, it just proves he's a lusty all-American guy. However, Cain is very lucky, because this pass is extended to black men only if they are allied with rich and powerful white men.

So here are some other questions that have not been asked: