Today is the 100th anniversary of the National Park Service. You can read more about it here. 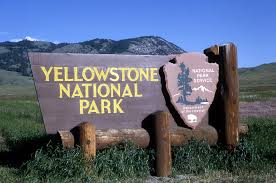 If we are very very lucky, one hundred years from now our descendants will still be able to visit our nation's fabulous national parks -- unless the Republicans manage to sell them off for oil drilling or other development. This, despite the fact that both Republican and Democratic voters have consistently supported protecting these treasures and the jobs and billions of dollars in economic benefits they provide.

In March of this year, the United States Senate voted 51 to 49 to support an amendment to a nonbinding budget resolution to sell or give away all federal lands other than the national parks and monuments. What does that mean? According to the New York Times, "It means that should the measure ever be implemented, hundreds of millions of acres of national forests, rangelands, wildlife refuges, wilderness areas and historic sites will revert to the states or local governments or be auctioned off."

Think about that for a minute -- the states having control of these national treasures. The thought is enough to make Texans shudder. 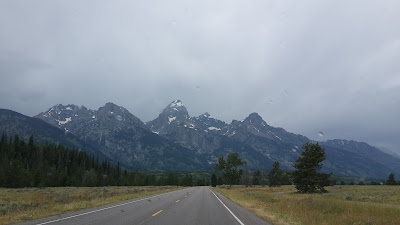 The Senate action was followed by a 228-to-119 vote in the House of Representatives approving another nonbinding resolution that said, according to the Times, “the federal estate is far too large” and voiced support for reducing it and “giving states and localities more control over the resources within their boundaries.” Doing so, the resolution added, “will lead to increased resource production and allow states and localities to take advantage of the benefits of increased economic activity.”

As the Times pointed out, the measures were "symbolic," but "they laid down a marker that America’s public lands, long held in trust by the government for its people, may soon be up for grabs."

Indeed, if Republicans had had their way, we wouldn't have the national parks we do have. I was reminded of their historic short-sightedness regarding our national patrimony this summer when my husband and I took a week to drive through parts of Utah, Idaho, Montana, and Wyoming to visit his nephew and to see Yellowstone and the Grand Tetons national parks again.

It brought home once again just how amazingly beautiful parts of our country are, and how fragile their well-being is in the face of greed and politics. 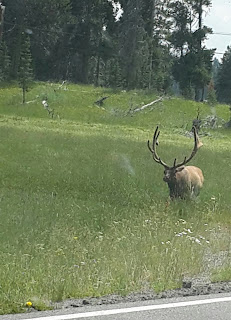 It was instructive to read the history of the establishment of Yellowstone and the Grand Tetons parks. I did so while we were in Jackson, Wyoming, a small city whose continued existence was assured by the establishment of those two parks -- something the residents opposed with all their being at the time.

Congress created the Teton Forest Reserve out of land not included in the Yellowstone National Park in 1897. By 1918, some in Congress were offering bills to create a larger protected area by expanding Yellowstone southward to include the Teton Range and northern portions of Jackson Hole. But local residents fought tooth and nail to defeat these efforts, calling it a land grab by the government. 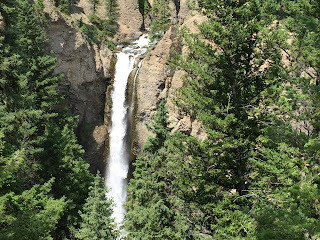 In 1929 the central peaks of the Teton Range and six lakes at their base officially became the Grand Tetons National Park. It covered an area only a third of its present-day size. It did not protect a complete ecosystems nor did it protect mountain views from development in the valley. 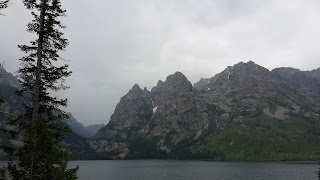 Enter John D. Rockefeller Jr. In 1926 he toured the area with Yellowstone superintendent Horace Albright. Albright believed the beauty of the Jackson Hole country would be ruined by for-profit development. Rockefeller agreed. Congress was deadlocked on the issue, largely due to the steadfast opposition of the locals. So Rockefeller formed a company and bought up 35,000 acres of farm and ranch land with the goal of donating it for an expanded park. But congressional and local opposition kept the government from accepting the gift for 15 years.

Finally Rockefeller forced the issue by threatening to sell off the land. President Franklin Roosevelt responded by using a presidential proclamation to create the Jackson Hole National Monument, a 221,000 acre tract of valley lands around the Snake River. Creating a monument didn't require congressional approval like the creation of a national park would. Only Congress can establish new national parks. But the 1906 Antiquities Act, signed by President Theodore Roosevelt, allows presidents to declare federal lands "national monuments," which enjoy similar protections. Nearly every president since then has used the law to set aside lands.

When Franklin Roosevelt used it, local resident fumed. The State of Wyoming filed a lawsuit against the National Park Service in an attempt to overturn the proclamation. It failed in court.  (Sound familiar, Texans?) Then Western congressmen lobbied to withhold maintenance funding from the Interior Department's budget. 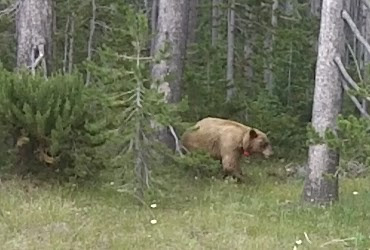 In spite of their best efforts, they weren't able to undo it. And today, of course, everyone acknowledges that the Grand Tetons and Yellowstone are a huge economic engine for the region, driving the main (practically only) industry in and around Jackson of serving tourists, hikers, skiers, hunters, and campers. The parks generate millions of dollars in revenue for local businesses each year.

The reaction from some Republicans?

But Waco officials -- not exactly a bunch of liberals -  beg to differ. Local Waco officials have been lobbying to get the federal government to do this for years, being well aware of the financial bonanza a national park can be to local economies. Even the "small government" crowd in Austin has been conspicuously silent about this.

In Northern California, the president's action set aside 330,780 acres of mountains, meadows and other remote areas from Napa to Mendocino County as the Berryessa Snow Mountain National Monument. It is comprised of land owned by the U.S. Forest Service, the Bureau of Land Management and other government agencies. It is home to bald eagles, black bears and tule elk, and is now the second-largest national monument in California. A study by the Napa Chamber of Commerce and Winters Chamber of Commerce found it would generate $26 million in new revenue from tourism over five years.

Another new monument is the 704,000-acre Basin and Range National Monument, 110 miles north of Las Vegas, which preserves pioneer ranching and mining sites, along with rare Native American rock art.

President Obama is in good company in creating these new National Monuments. Presidents have used the law to establish more than 140 national monuments, including the Grand Canyon, Bryce Canyon and Arches in Utah, and Pinnacles in San Benito County.

And Congress would eventually upgrade all of these to national parks. But without that law, one can only imagine what might have happened to these glorious places.

So happy birthday, National Park Service. And thank you for protecting some of the best gifts this nation has for all its people to enjoy.
Posted by Katie Sherrod at 5:51 PM No comments: